Brevity is the soul of wit, as Bill Shakespeare said. We've all been in meetings that seem to go on forever and without a point. Researchers have found if meetings are conducted without the benefit of chairs (i.e., the ability to sit down), they tend to last half as long. President Ronald Reagan was famous for having all of the day's news (both domestic and international) summarized by his staff into one short page. This also carried over to almost every issue faced by Reagan. He believed (rightly or wrongly) no issue was so complex that it couldn't be summarized in one page.

What would Reagan have made of Twitter and its 140 character limit? I guess I wouldn't want to be one of his researchers, having to summarize a days worth of news in roughly 28 words. Twitter's character limit can be both a curse to the morbidly verbose and a restraint that keeps people brief and on-point.

The 140 character limit came, as most people know, from the SMS 140 character limit. Cell phones these days no longer enforce these limits, allowing you to type quite lengthy texts and the system concatenates them using some kind of Tolkienesque magic.

The Twitter overlords have been, so far, resistant to tweeking the tweet limit. Other third-party developers offer work-around solutions. Shorttext is a Firefox extensions that lets you create considerably longer Tweets that are then cut off beyond the 140 character limit with a link to the full text. It's an imperfect solution. It doesn't allow people to search and find your tweets on important key terms that are hosted off site. And people are generally lazy and don't want click to see your full text.

One of the biggest eaters of your 140 character limit is a URL. Luckily there are a number of URL shortening services that seem to fight with each other for top level domains that are both short and memorable. One of the first, one that predated Twitter, was TinyURL.com. TinyURL tried to solve a common problem on message boards. People would post huge URLs that would break the message board's horizontal display. You could visit TinyURL, paste in your huge URL, and get a short one back that would be no longer than a 50 cent word.

TinyURL quickly got pressed into service for use on Twitter but others got the idea to come up with even shorter top level domains. Many make creative use of the wide availability of three letter domains still available from some of those less wired countries. Bit.ly has proven to be the most popular. Bit.ly is popular for several reasons:

3) It provides metrics for registered users.

4) It has a great API third party applications can use to shorten URLs on the fly. 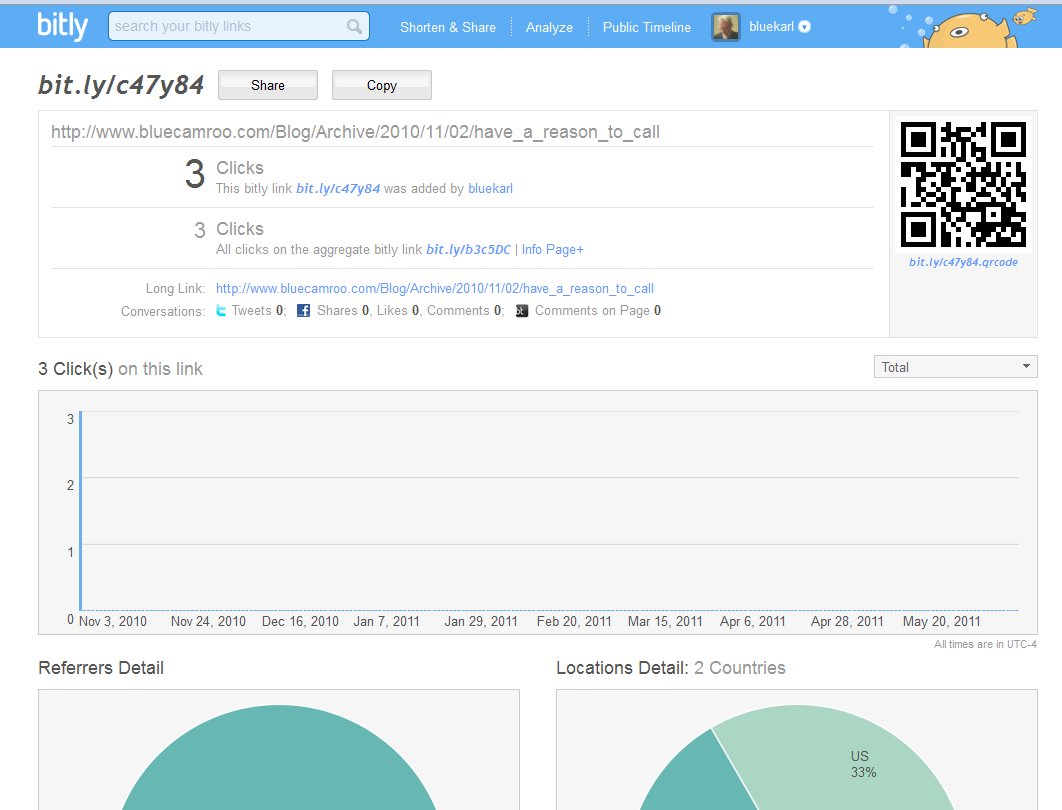 Bit.ly metrics even generates you a handy QR code!

Now you see it

An interesting new alternative is a site called Bre.ad. Bre.ad lets you create a personalized billboard (aka a "toast") on the bre.ad site. After creating your billboard promoting, say, you or your company, you can then shorten URLs and include those URLs with your tweet. When a user clicks on the bre.ad URL, they first see (briefly) your billboard before being taken to the target URL. This way as people re-tweet your link, you get some kind of promotional benefit. 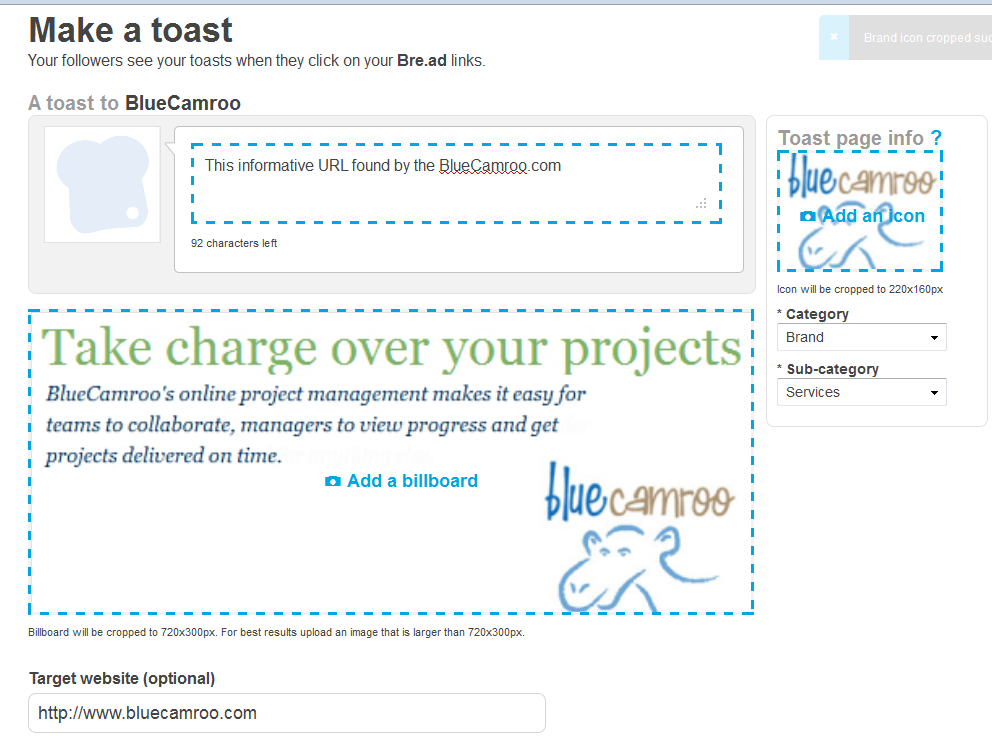 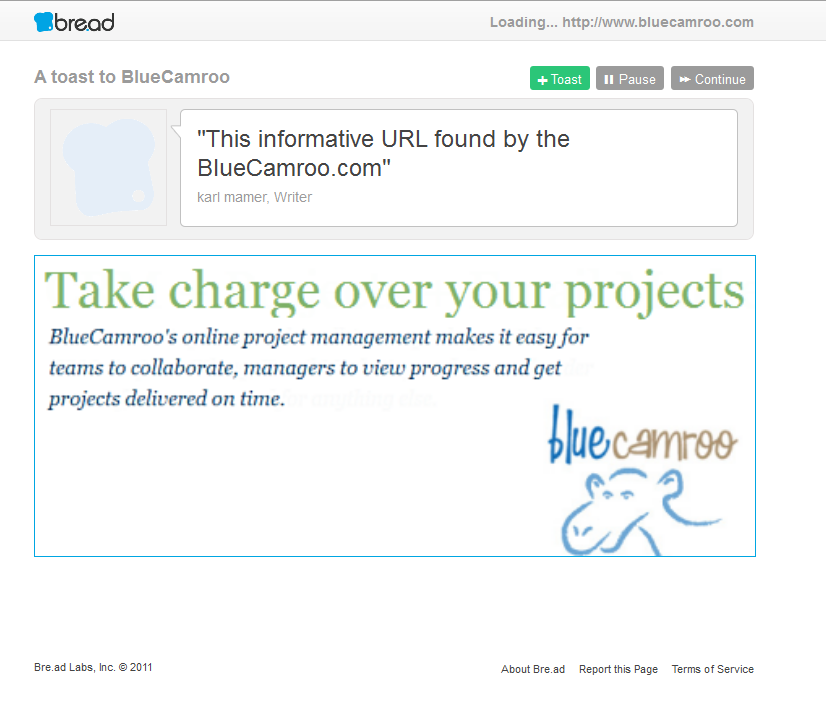 Make a billboard. Click-thru users see your billboard before re-direct

The down side is for the end user it's a bit of a nag screen. It remains to be seen if user's don't mind it. Each billboard has a continue button that lets you immediately redirect to the URL. But most users will initially be a bit confused as to what they're seeing. Interstitial webpage are not, ultimately, that uncommon. But so far not seen in the URL shortening world.