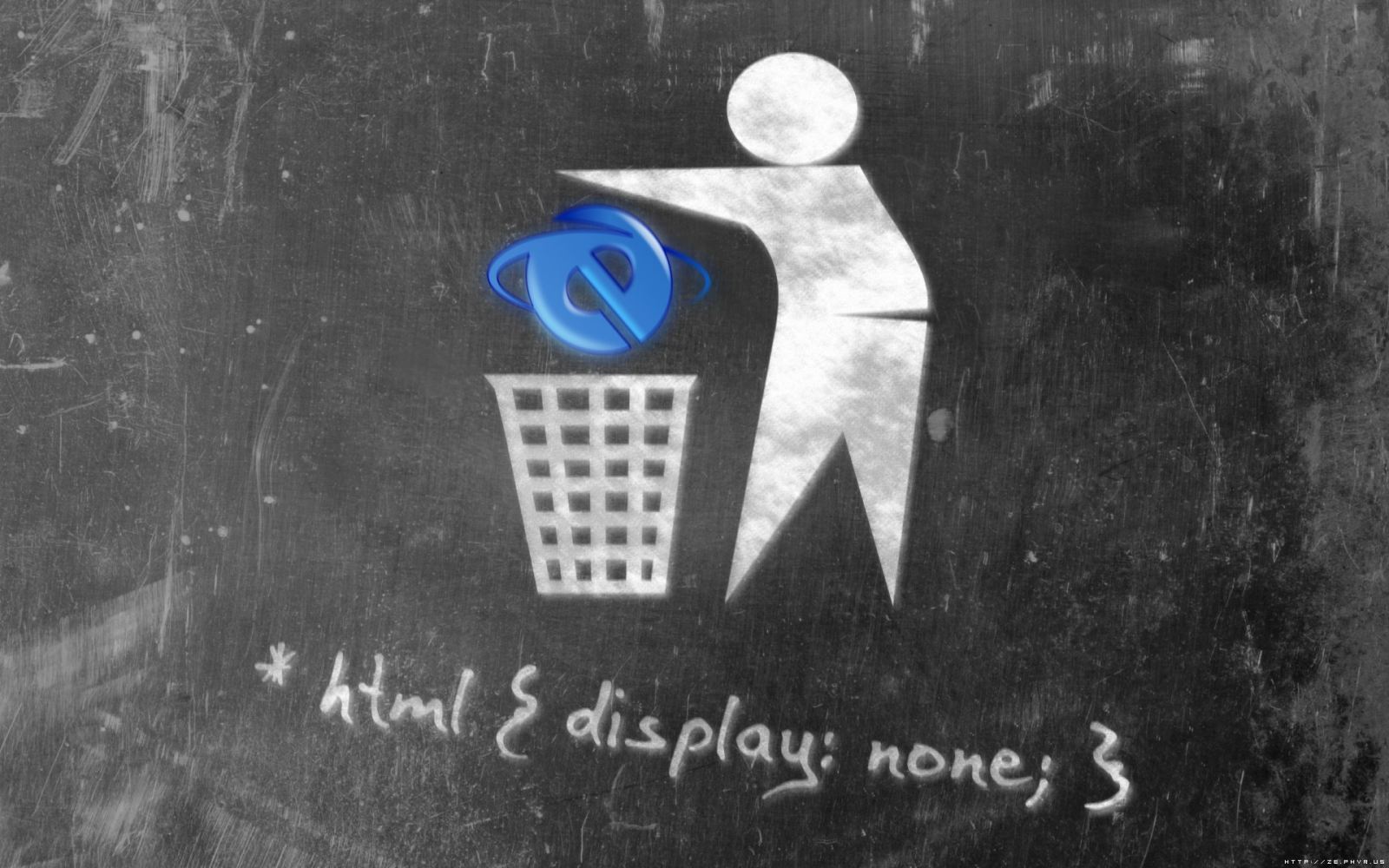 You probably saw the news last week that a study found Internet Explorer users had lower IQs. The claim went like this:

"A significant number of individuals with a low score on the cognitive test were found to be using Microsoft Internet Explorer (IE) versions 6.0 to 9.0."

A few days later the same news orgs that rather uncritically reported the news did an about face and admitted they were hoaxed. Someone setup a bogus site in hopes of starting an urban legend and weaning people off of what the site developer thought was a troublesome browser to design for. Seems a little over kill. If you truly believe IE users just sit around and drool, I guess you could just put some javascript on your site that detects a person's browser and redirects them to the Epic Meal Time channel or Rick Roll them.

1) playing to our biases: C'mon, the smart people have moved from Firefox over to Google Chrome! If you're still using IE, oh man, you're probably still wearing wide white belts and leisure suits.

2) playing to our assumptions that if its reported in the media it must be correct. Don't they double check stories?

While these kinds of hoaxes can hurt large news organizations, they can also hurt you too. No one likes to think they've been fooled and if a customer trusted you enough to retweet a juicy bit of gossip that turned out to be false, they might trust you a wee bit less in future.

Okay, next time you come across a bit of news that seems too good to be true, too funny, too perfect, take a step back. Do a few sensible things to protect yourself:

Search for the story on Google News: A story being tweeted a lot is going to have multiple hits on Google News, surely. First, investigate the earliest report. Check the later reports from other news sources. Now ask yourself, are ostensibly independent news sources reporting new details or are all news reports eerily familiar in language and content? If so, chances are they're working from the same press release. It's wire copy and beyond maybe a unique headline, every paper and news organization is just running the same copy.

Just because it's in print, doesn't mean it's been fact checked: Is the story a highly technical one? In the olden days, newspapers used to have subject matter experts writing and editing stories. A newspaper had a dedicated science reporter with a background in science. A technology reporter had education and experience to match. Theses days print and TV journalism aren't the profit centers they used to be. Long gone from most newsrooms are the dedicated experts. Now stories are just assigned to a general pool of reporters. A person editing a highly nuanced science or technology story may have been an entertainment or lifestyles reporter. A hoax easily caught by an experienced technology reporter, can be easily missed by a lifestyles reporter given a story like IE users have lower IQs.

The Fourth Paragraph Rule: Most news organizations have fewer reporters these days but they're responsible for turning out the same number of stories. More and more news organizations are turning to wire copy and press releases written as news copy and ready to be dropped in with as little re-writing as possible. You'll see headlines like "One in four men would dump their girlfriend if it ensured their favorite sports team's victory" or "Fifty percent of men don't know basic facts about their wives". These proactive claims, like "IE users are dumber", are meant to grab your attention quickly and read with equal amounts of "I knew it all along" and "this is just plain insulting!" It often turns out these types of articles are bits of PR meant to promote a product or service using rather dubious data collection. As you read, apply the Fourth Paragraph Rule. If it’s a work commissioned by a company to sell a product, the company that paid for the article is usually revealed in the fourth paragraph via some kind of quotable quote and the sponsor of the research.

Do the media's most basic job: Google a bit. If the story has a "too good to be true" aspect Google for some of the names and organizations mentioned in the article. If the only references you're turning up are found in the original wire story, there's a very good chance this is a hoax or made-up PR. It's amazing how often journalists don't do basic fact checking. Consider the Carlos hoax from the 1980s. And this was a time when news organization ostensibly had the money and staff to fact check.

Qualify your statements: Instead of passing a "too good to be true" story without comment, qualify it with statements like "funny, but is it too good to be true?" Even better, get ahead of the curve and qualify your statements that it might well be a hoax. When the media a couple days later tucks its tail between its legs and says "we were fooled", you can pipe up and note you called it. You'll seem insightful and ahead of the curve.

(Thanks to Michael Marshall of Merseyside, UK for input.)