At the Business 2012 show: Red letter days for BlueCamroo 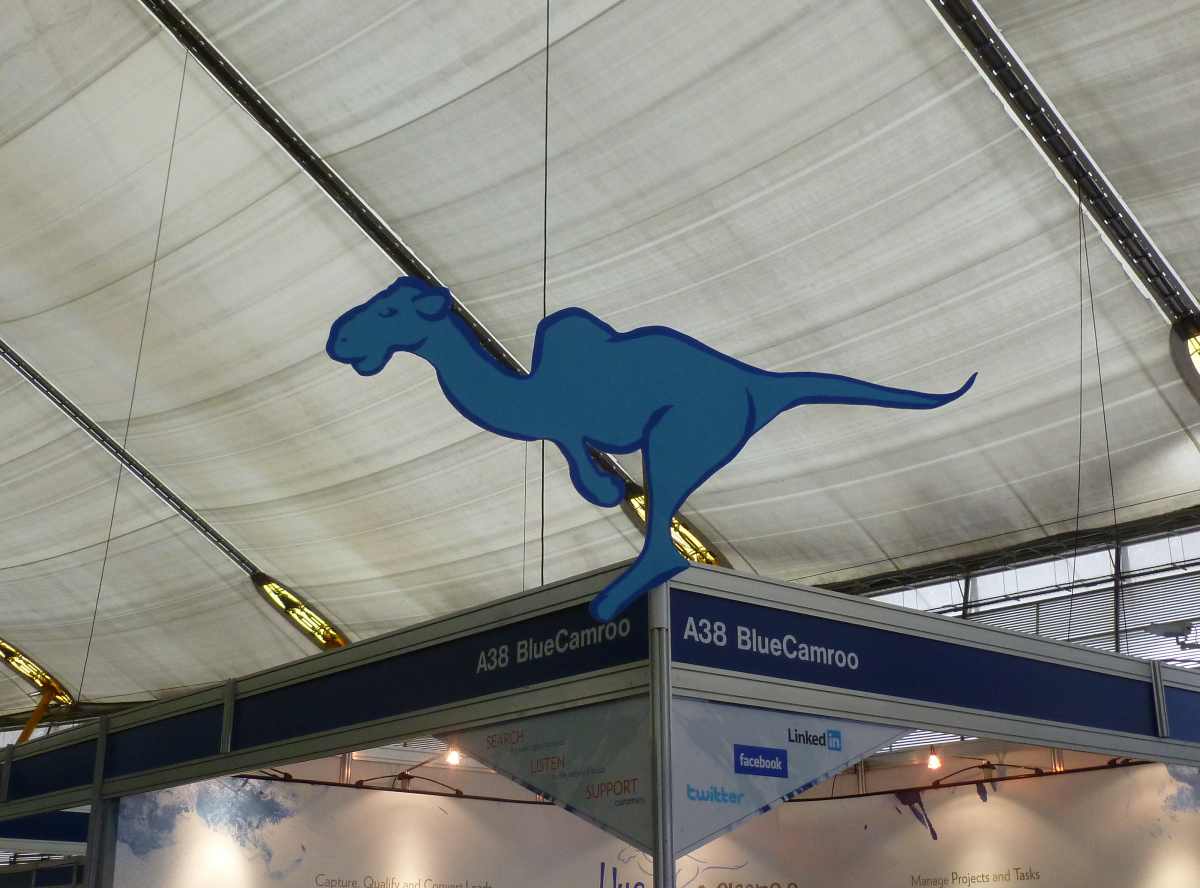 Tuesday (March 20, 2012) BlueCamroo wrapped up three days of exhibiting our business productivity suite at the Business 2012 show in London, UK. Despite having to battle some initial inclement weather conditions INSIDE the venue, Team BlueCamroo's three day participation at the exhibition was a great success. We met both current clients and several new ones.

The Business 2012 show proved to be a turning point for BlueCamroo two fold. 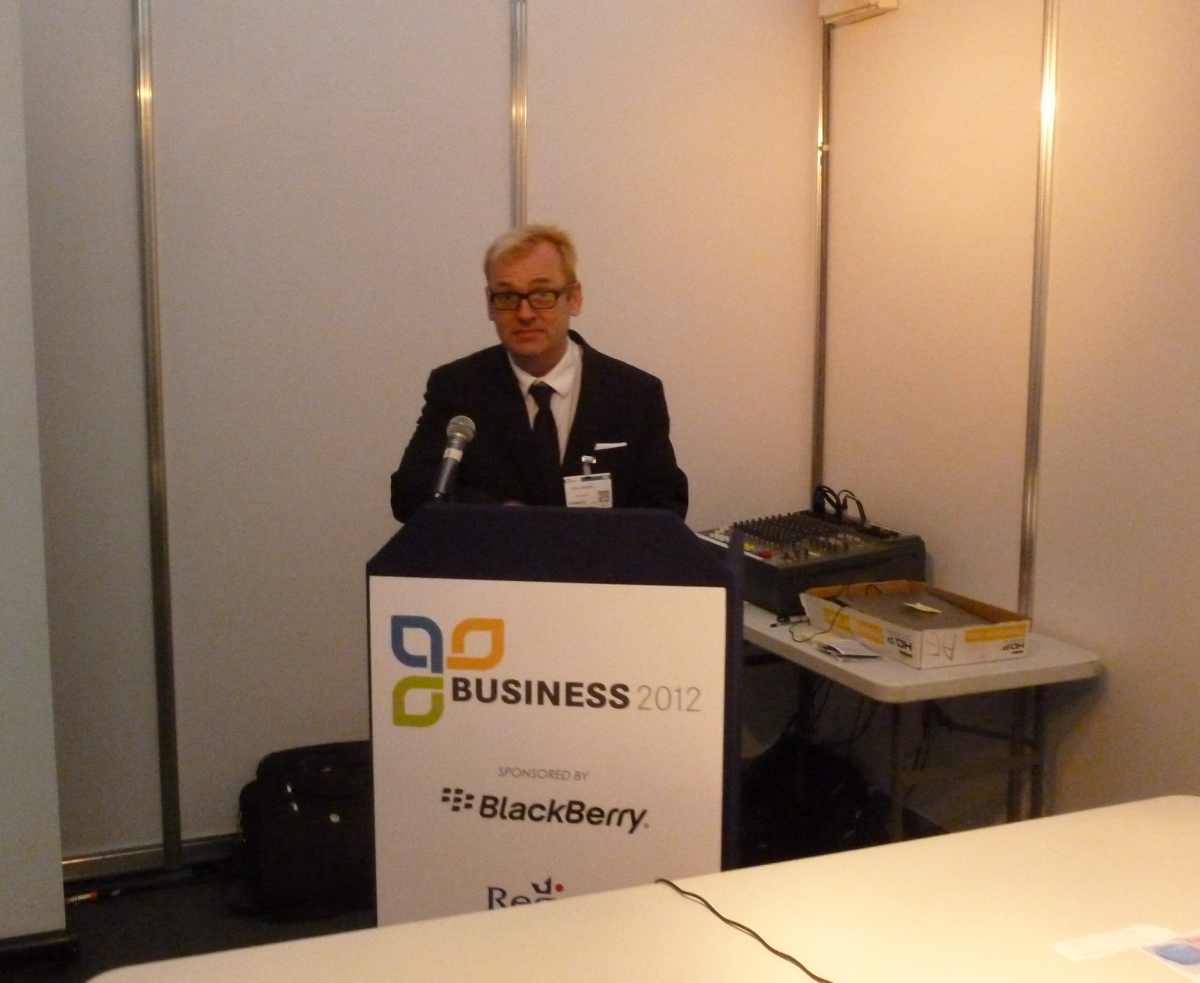 It demonstrated we've now emerged from the start-up phase and are playing with "the big boys" at major trade show events. Not only was BlueCamroo exhibiting its wares alongside Microsoft, Google, Dell, Intel, LG, and Nokia, but BlueCamroo was running around-the-clock CRM workshops and three seminars, two of which achieved standing room only capacity.

Big shout out to Tweeter TMA Technology who thought my seminar (Building Trust over Social Networks) was actually more entertaining than the one given by keynote Lord Sugar (the UK version of Donald Trump)! 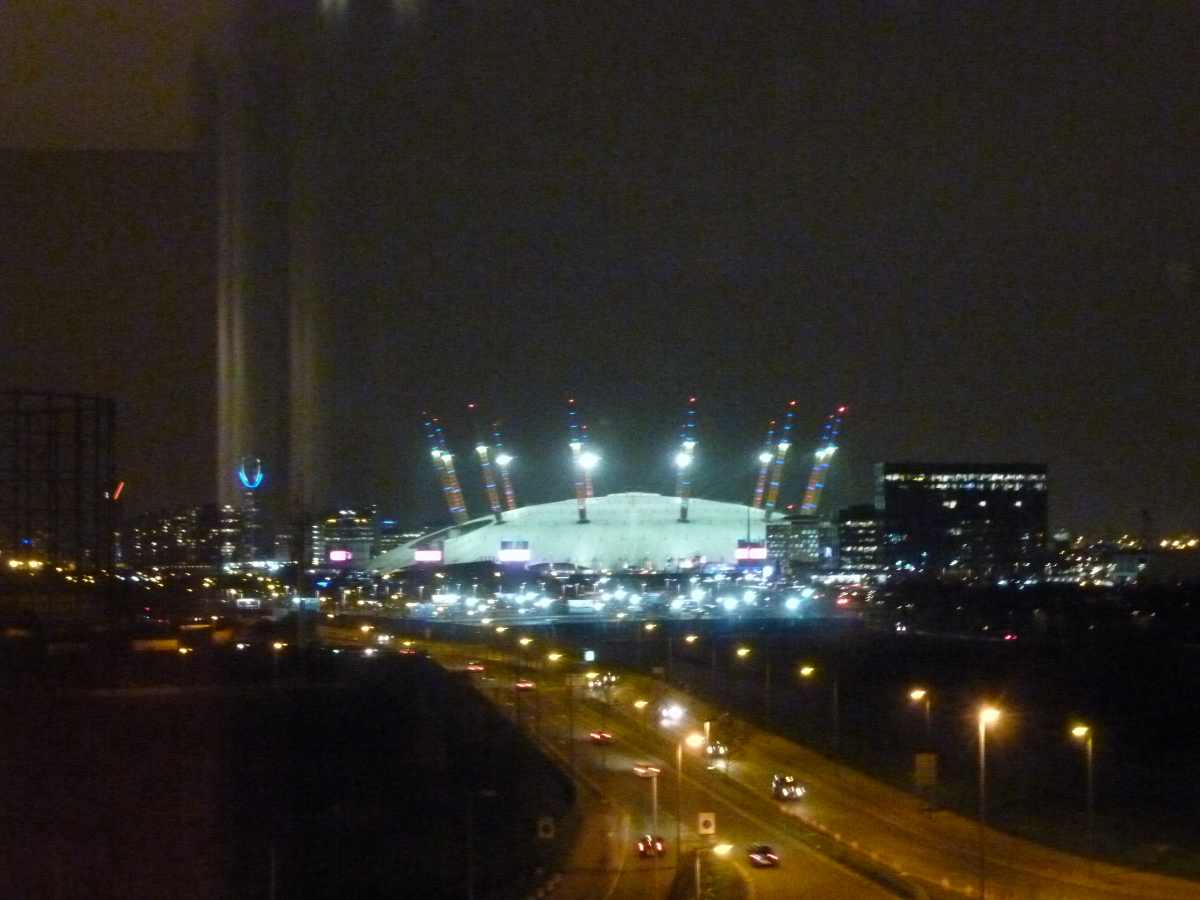 Attendees got a sneak peak at what we are calling the first truly 21st century CRM. The concept is so innovative that we filed patents in North America and Europe before attending the show. We can't say a lot but, in general, the new BlueCamroo (or "NewCamroo" as we've code named it around the office) brings greater focus to the "relationship" aspect of "customer relationship management". If you're working with a lot of small businesses, you're no longer dealing with hierarchical corporate structures. The corporate org chart is 20th century. You're now dealing with distributed teams. Your contact for one company (say a digital artist) may well be a contact at another company and could then even be one of your own suppliers. The 20th century CRM model never took this into consideration. "NewCamroo" will. Stay tuned.