May sees a major revision of BlueCamroo. Our all-new version features an innovative and patent-pending CRM concept and architecture, together new methods to improve team collaboration, and an all-new interface that moves BlueCamroo towards a more familiar mobile computing design. Whether you're using your desktop or a tablet computer, you will be able to more easily transit between interfaces.

This version is initially releasing to new customers, migration for existing BlueCamroo users is slated to start in June 2012.

These release notes will highlight the major feature changes. For detailed information about using Version 4.0.1 see the BlueCamroo User Guide 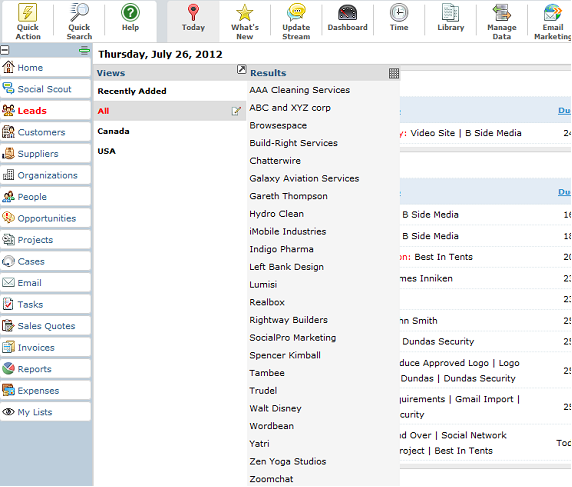 Upon opening a record, the Explorer Bar displays only the "final" pane, which provides new functionality unique to each different record type.

Many of the options previously found in the left pane toolbar like Dashboard, Import, and Shares are now found under the Toolbar. Quick Action has been moved from the Right Information Panel toolbar

Record handling is completely different in version 4.0.1. At the core, a record is either an organization record or a person record. 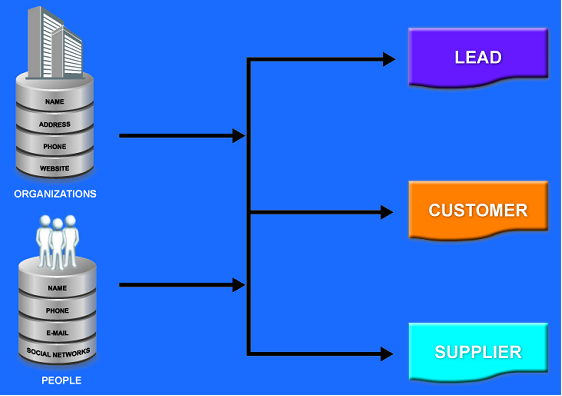 This change in record handing now allows you much greater flexibility. The previous version of BlueCamroo – like all traditional CRM systems – could not well handle, say, a contractor who works at two businesses and both businesses happened to be account records in your system. Version 4.0.1 of BlueCamroo now lets you create a person record representing a contractor. The person record can then be associated with both organization records.

When you have a Person or Organization record in the system, you can reclassify the record by specifying the record's Customer Role and/or Supplier Role. Access the record's details page via the Information Panel and use the Customer/Supplier Role tab. 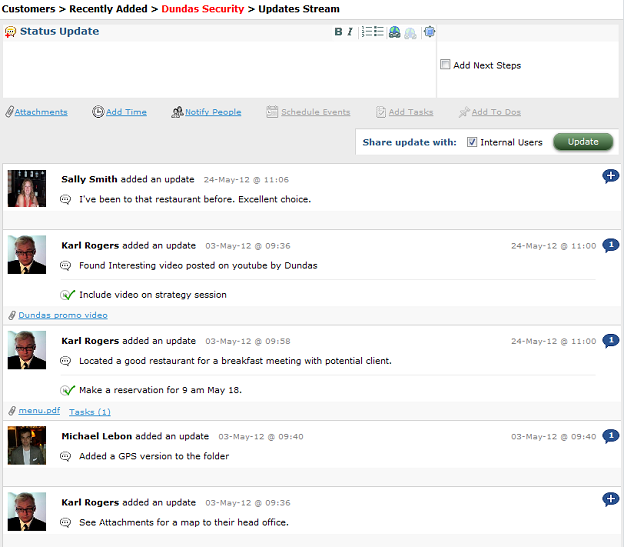 Every record has its own update stream. This is the initial page you land upon when you open a record. The update stream gives you a social networking-like "time line" that displays various activities. Update Streams offers a centralized place for internal and external users to interact using a familiar social network user experience.

With the Update Stream being the center pane focus of a record, record contact details are now displayed and centralized on the Information Panel. The Information Panel now provides key information and functionality to manage and interact with your lead, customer, or supplier.

BlueCamroo Version 4.0.1 has streamlined and better organized importing. The Import feature is found under the Manage Data button on the home Toolbar.