In Dan Schleifer's Destination CRM article "Extending the Definition of Social CRM" he suggests an important direction Social CRM should take is going beyond listening and reacting to the buzz. Social CRM should be about "improving the discussions that cover your organization's brand and services." Agreed. On the BlueCamroo blog I've discussed several ways you can use Social CRM to raise your profile or your company's profile. Check here, here, here, and here.

As you can glean from the linked posts, when it comes to improving discussions I focus in a lot on avoiding mistakes, both rookie mistakes and the more subtle. I've long avoided discussing the idea of "influence" because it's both a black art and ill-defined by many.

When I think of influence, I think of the popular and influential book The Tipping Point (2000) by Malcolm Gladwell. Gladwell has an intriguing story about how the venerable Hush Puppies shoe brand was on the verge of death when a small group of New York hipsters decided to make it their "in" shoe. Sales when from 30,000 pairs to 430,000 pairs in a single year. 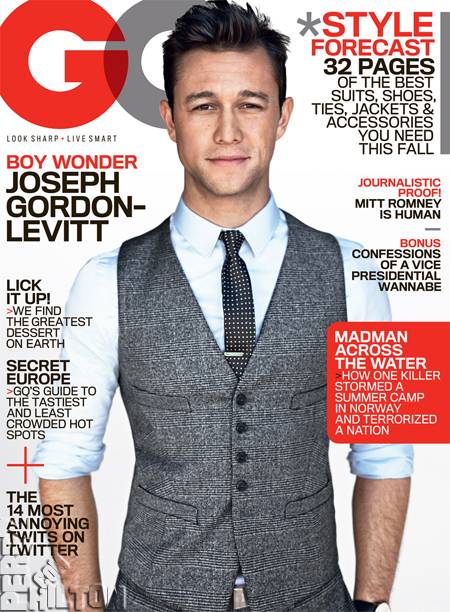 It's no secret one person or a handful of people can affect fashion trends. The day after I saw Joseph Gordon Levitt in Inception I knew the suit vest, long out of style, was going to make an instant comeback. I went to my local resale shops, where they couldn't give them away, and bought up several nice vintage vests. Today a simple vest will run you about $70 in a men's store. All because of one guy. And one movie. Heck, even the way we wear vests and suit jackets, with the bottom button undone, was because of King Edward VII. Technically, that is one of several theories. But it remains, pre-mass media, you couldn't get a much bigger influencer than the British Crown.

Being able to exert influence via discussions over social networks in a pre-mediated, pre-planned way is the true holy grail of any Social CRM guru. We know what we need to do. How to get there is the mystery. The problem with Gladwell's Hush Puppy story is it is what is commonly referred to as "hindsight offers 20/20 vision". More accurately, it's the narrative fallacy. We start with the end point (increased sales), look at all the events that happened before the end point (hipsters, diffusion of their style choices), and then construct a nice narrative to explain the outcome (the need for middle America to emulate the New York scene). It all seems so obvious that the chain of events could only have happened that way. However, we never, ever seem to enjoy such clarity of vision at the start. Or when we try to emulate the narrative it falls flat.

The narrative made so much sense. But, remember, by definition a good narrative makes sense. Over time we hone and evolve the narrative until it makes perfect sense to all.

There's also what is known as the file drawer effect. For every attempt to exert influence that seems to go textbook, according to plan, there are dozens of well executed campaigns to exert influence that fail. We remember the "hits" and forget the "misses". The most we can take away, ultimately, is there are good starts and bad starts. A bad start dooms you regardless. A good start has a chance of working.

One of the first assumptions many people make about being influential over social networks is amassing a large number of followers. The thinking goes, Lady Gaga or Ashton Kutcher seem very influential and they have tens of millions of followers. So if I can amass large numbers of followers then I can be influential. This idea has been put to the test a couple times. One was a more informal test by two authors who got some big names to tweet about their book and then measured to see if there was an uptick in book sales. I blogged about the details here. In short, they found no effect. A more scientifically controlled test was published in the Proceedings of the Fourth International AAAI Conference on Weblogs and Social Media. The paper, Measuring User Influence in Twitter: The Million Follower Fallacy, put the brute force method to the test.

Unfortunately the measure of influence by authors (Cha, Haddadi, Benevenuto, and Gummadi) was how often Twitter users passed on a news story. It did not measure any kind of objective, real world outcome (like increased book sales or click throughs). The paper sought to determine whether the number of followers had any relation to spreading the news story. Most businesses want their story passed on but they also want real world effects. So it's hard to draw conclusions from this paper how effective influencers are in motivating actual sales. It doesn't cost me anything to pass on a news story. It costs me to buy something. However, for many businesses spreading a message might be an end goal in itself.

Cha et al. found that having a large number of followers was not correlated with increased re-tweets of a news item. Content value of the tweets themselves drive re-tweets. It was no suprirse that Twitter accounts related to news sources (e.g., CNN) had the most retweets. If a user wants to pass on a news article, he or she is likely to go to the authoritative source. It would be nice to conclude from this the expertise of the message spreader is important to the propagation of the message, however, it's possible people are trained to pass on news from news sources but not as well trained to spread other messages by going to the recognized expert. I see a lot of people passing on health advice from actress Jenny McCarthy. With disasterous effects.

The most interesting finding is what the "little guy" can do to increase influence. The authors found the best way for those of us who aren't Lady Gaga or CNN to raise your influence is two fold:

1) Stick to a single topic

2) Put a lot of effort into replying to your audience

This second finding is consistent with advice I've previously blogged about. Let me formalize it here and now as "Karl's #1 Rule for Social Networking":

I'm sure Dale Carnegie formulated this rule back in the 1930s but, hey, let him sue me.

I'll end it here and call this part 1. In part 2 we'll look at some of the influence tracking sites that have sprung up and deep dive into their usefulness.