Many considered Google Plus dead and circling the drain about three months after its much ballyhooed release. It was a Facebook clone, unfriendly to women, and its company pages seemed to lack some basic features. 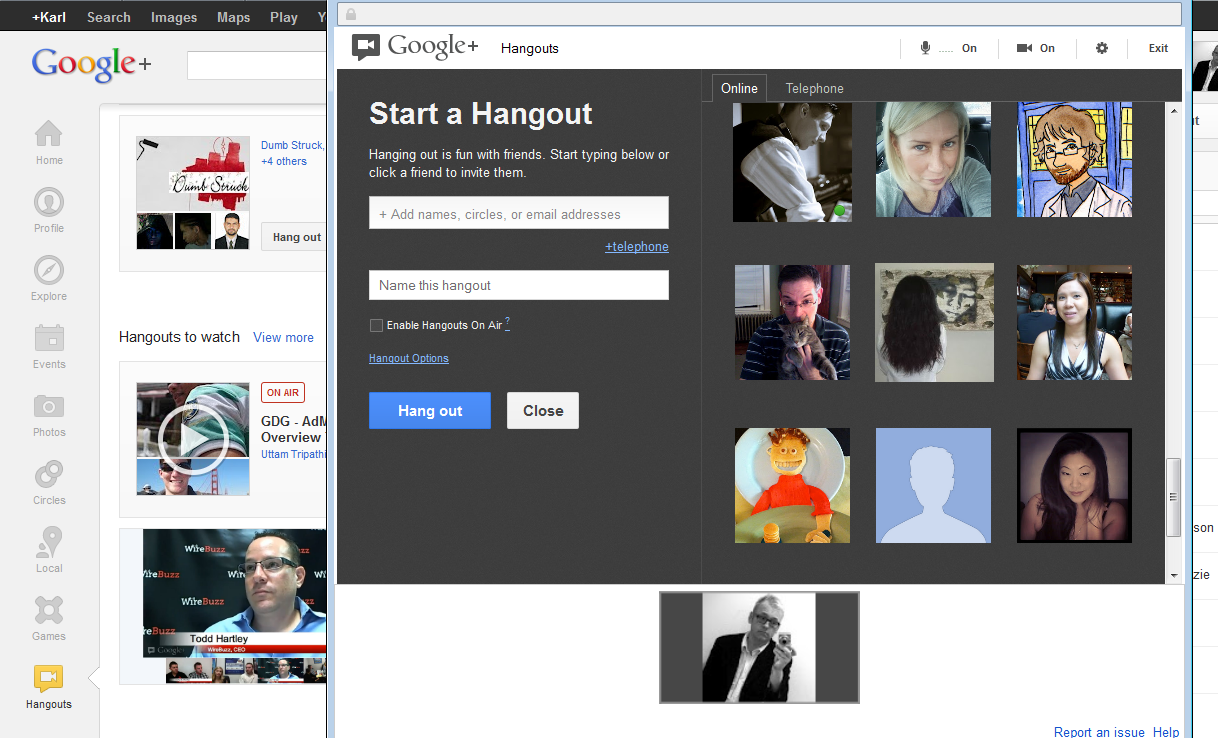 I cautioned readers of the Roo Blog not to abandon Google Plus. Google controls both Google Plus and the Android platform and no doubt Google is going to build Google Plus into the mobile OS. I've also suggested Google Plus has lots of ways to innovate around Facebook.

I'm starting to see some green shoots of Google Plus's emergence as a viable social networking platform, all thanks to Google Hangouts. Google Hangouts are a great, free way to conduct a video-based webinar or panel discussion. If you have a G+ profile, that's all you need to start a hang out. Up to nine people can video conference and an unlimited number of users can watch the webinar or panel discussion. Hangouts supports various additional apps, like SlideShare, allowing you to bring really rich media to your presentation. Your whole presentation can be bundled off and posted straight to your YouTube account for later viewing. GoToMeeting can, as of now, rest easily as you can't seem to share you live computer desktop. But if I were GoToMeeting I might be afraid. Very afraid. (Which is a shame because GoToMeeting is one of those products that gets it exactly right: It solved the whole video conferencing thing with an easy to use application at a ridiculously low price.)

If you're interested in learning more about Google Hangouts, this page does an excellent job of giving you a crash course in how to start one, run one, bring in apps, and save your video.

Friday, August 31, at 3 pm, BlueCamroo will be taking part in our first Google Hangout as one of the invited panelists. The topic is How to prepare for and execute a successful CRM implementation. Click here for more details. Join and see a face or two at BlueCamroo.