Business success does not have to drive you crazy 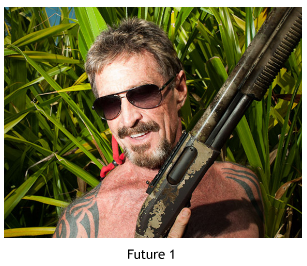 If you've been a computer user since the early PC days, McAffee anti-virus has been a known, trusted, and sometimes career-saving name in the computer industry. If you follow the computer press, you've been getting some amazingly creepy news about the alleged wrong doings and alleged bizarre life of McAffee's founder John McAffee.

It's not uncommon for computer pioneers like McAffee to make their money, cash in, and then head off to some tropical paradise or shift gears and focus more on the quality of life issues (personal or the betterment of humanity). 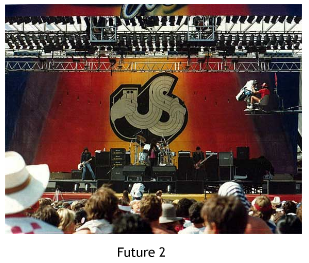 Ed Roberts was the first person to strike it rich in the PC world. Not many people really remember him. But arguably he's the one that started it all. He created the first commercially successful PC, the Altair 8800. He gave Bill Gates and Paul Allen their first job as professional software developers and basically launched their careers. Roberts sold his computer company in the late 1970s for $6 million and retired from the industry. ($6 million was a sizable fortune in the 1970s, especially back in the day when you could get a 10% interest rate just by putting your money in a saving account.)

Roberts, oddly enough, didn't build a bunker and stock up on guns. He went back to medical school and become a humble country doctor in rural Georgia.

Microsoft Co-founder Paul Allen got a bit of a wake up call when he was diagnosed with Hodgkin's disease in 1983. He resigned from Microsoft, beat the disease, devoted himself to learning the guitar, and then started a sci fi and rock museum in Seattle. Oh yeah, he also purchased the Seattle Seahawks NFL team and the Portland Trailblazers NBA team. 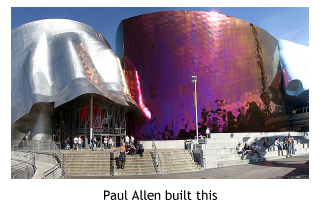 Steve Wozniak, Apple's co-founder, quickly stepped aside from the day to day at Apple, leaving it in the hands of Jobs, and threw two huge musical festivals in the early 1980s not to be rivaled until Live Aid. Wozniak eventually settled into becoming an elementary school teacher.

Mitch Kapor co-founded Lotus Software, one of the first successful PC software companies. Anyone remember the spreadsheet Lotus 1-2-3? Kapor stepped down as CEO and founded in 1990 the Electronic Frontier Foundation, a non-profit established to help defend civil liberties in the emerging land of cyber space.

Finally, if you're sitting at work today not wearing a suit and tie -- and you've never had to wear a suit and tie -- you can thank Intel co-founder Robert Noyce. Noyce was a young MIT graduate and joined William Shockley's Shockley Semiconductor Laboratory. Shockley invented the transistor and won a Nobel Prize for it. Shockley was a notoriously awful boss and arguably an awful human being in general. Noyce and seven other ran screaming from Shockley Semiconductor. Noyce, possibly in response to Shockley paranoid style of management, believed in a much more casual work environment. Noyce not only did away with the ties but sent reserved parking spaces, executive perks, and fancy corporate cars to the great /bin folder in the sky.