So Your Client is Asking For Post-Approval Work

It’s a situation that happens way to often businesses now a day. Whether it’s a graphic design draft, a strategy meeting, or you’ve mapped out the specifications for a project. You and your client have finally agreed on what they need, hands have been shook, heads have been nodded and “Sound great!” has been said over the phone.

Then it happens, an email comes in, the subject line that reads, “I was just thinking...” or, “You know what’d be great?”, and that’s when the headaches start. They want to add something, or they ask why isn’t something included?

You calmly try to remind them that they agreed to something but they barely remember it and this is what they want now, this and only this (until next week, when they want to add something else), oh and at the price that was quoted already (because that they remember). 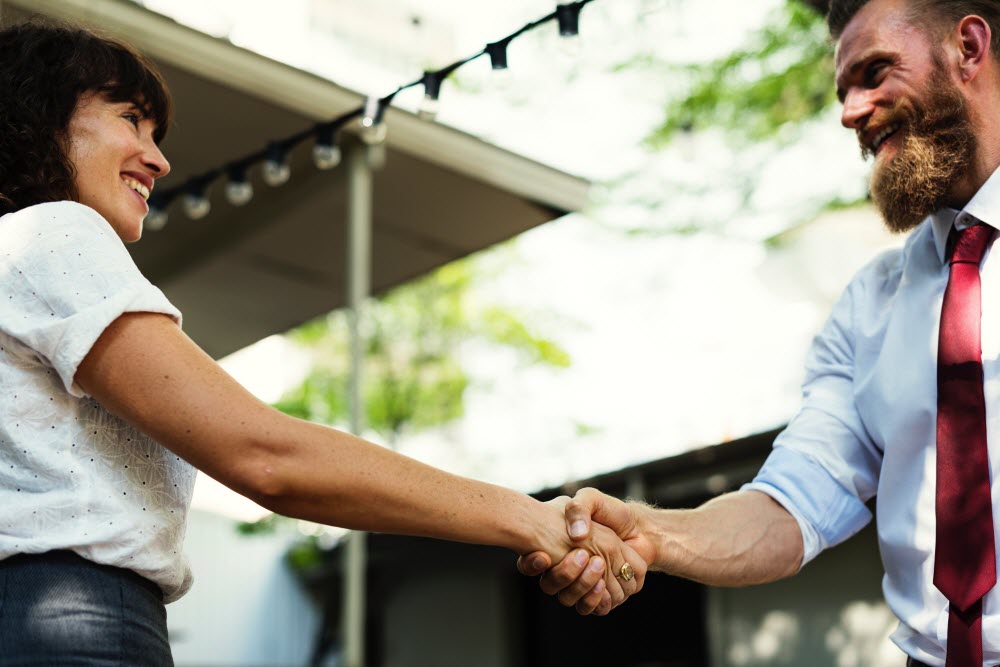 It’s situations like this that we had in mind when we were designing our Project Management system in BlueCamroo.

Why does it happen?

Before we could attack this issue we had to understand it, why does this happen so often? Not why do people change their minds, because that’s an existential question and no application can solve that, but why do clients add things after they’ve agreed?

The most common answer we could find is that there was no paper trail of what was agreed to. There were presentations and some emails, but most agreements happened after a conversation that happened afterwards.

There’s a reason verbal contracts show up so often on Judge Judy, people’s memories aren’t great. A written agreement can allow you to specify exactly what was agreed and set expectations of what will happen if that agreement needs to change.

What Could We Do?

In order to resolve this problem, we broke it down into 3 areas:

A great feature in BlueCamroo's Projects module is the ability to make a stage require a client signoff. This prevents for the project to move forward until the client has given their thumbs up to that stage.

This will make sure that resources don’t get squandered if a team tries to sneak ahead while waiting for approval only to find out that the client did not approve.

With this in mind we wanted clients not one to see the progress on their project but be active participants. We created a client portal that allows clients access to: 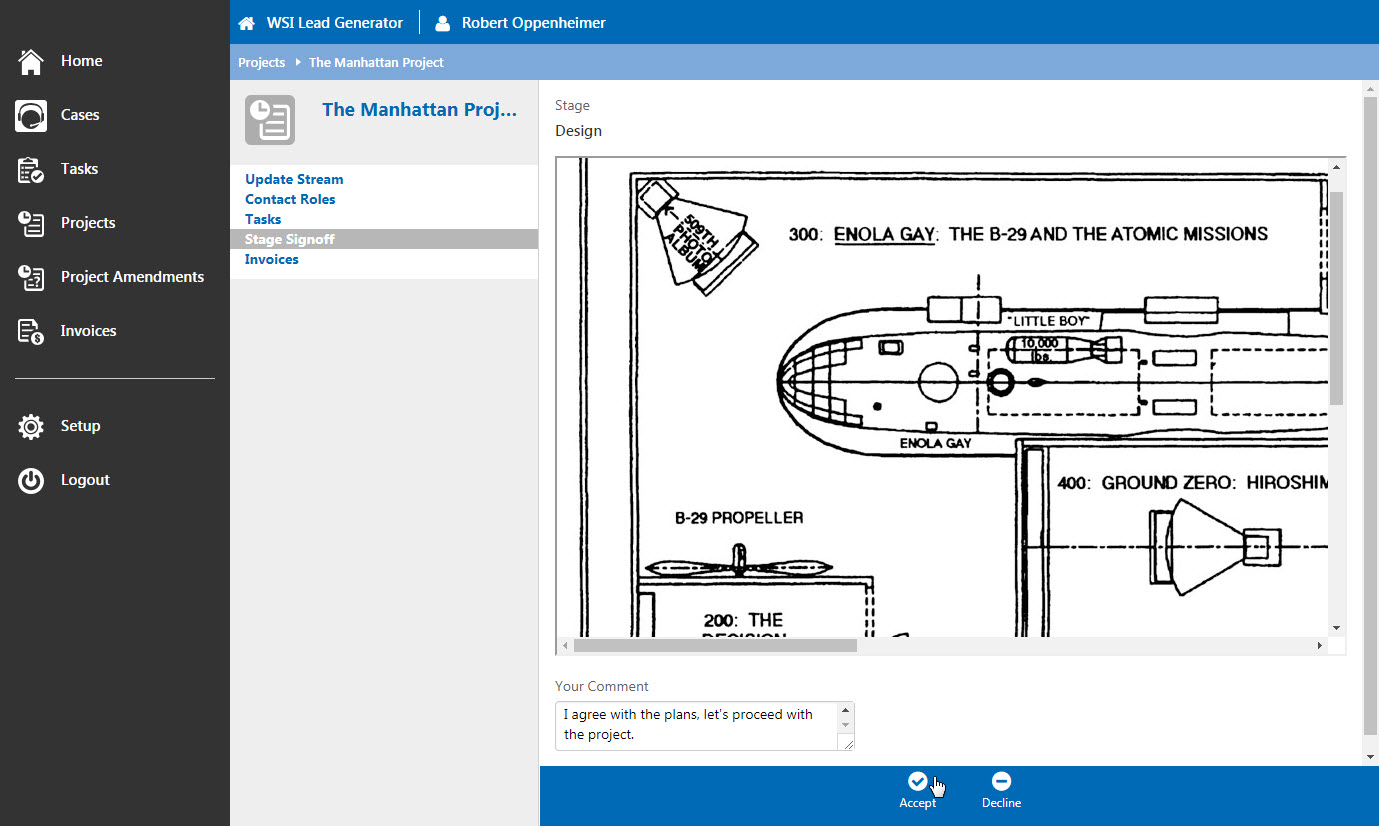 Once we had the first two parts set up it was clear that the next part had to include a paper trail where a client’s requests and approvals were tracked and could be seen by them and by the project team.

The Stage Signoff section in the Client Portal allows the team to send the client a document that he can sign off on. You start by selecting the stage that needs approval and clicking on the Request Signoff button.

You will then send them an email with documents attached requesting they sign off, wither by replying to the email or by logging into the Client Portal where they can make comments as they Accept or Reject it.

The important part is that the signoffs are recorded, their comments are recorded and you have a digital signature the shows that and when they approved it. 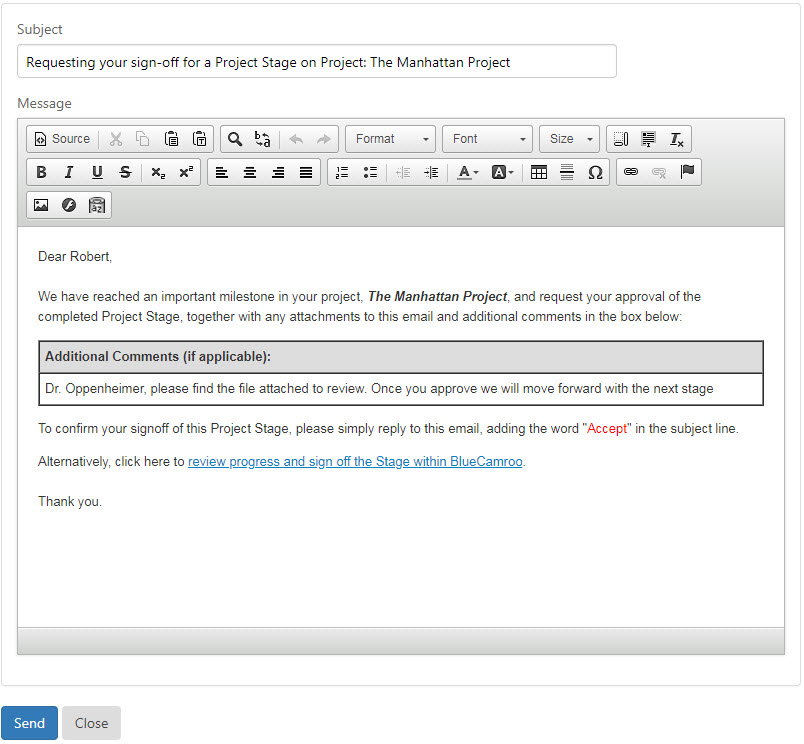 Having these records easily accessible will make your position a lot stronger when you check your inbox and you see “I was just thinking”.