You can change the world, or your business, 140 characters at a time. But make sure you do it the right way and not the wrong way.

Go Off-Message: Politicians are always being told to stay on message. That advice doesn't translate to social networking. Don't be afraid to go off message. See a great movie? Have any thoughts about the latest NHL hockey trade? Found a great new restaurant? Tweet it. Mix your pitch with tweets that demonstrate there is a human with depth behind the tweets. Target them at one or two appropriate "channels" (e.g., #food, #movies, #nhl, #sports, etc.). You stand to get new eyes to your site. 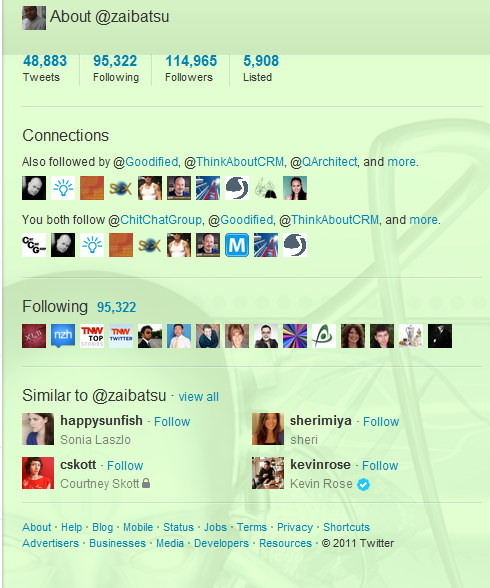 Follow People Twitter Suggests: If you click on a profile, Twitter's new interface tries to find other Tweeters similar and related to that person. Don't be afraid to investigate and add these people. This suggestion system works well in reverse. People generally tend to spend some time investigating who friend them on Twitter. If they see you're already friends with the person whose profile led you to theirs, it's more likely they'll friend you back. 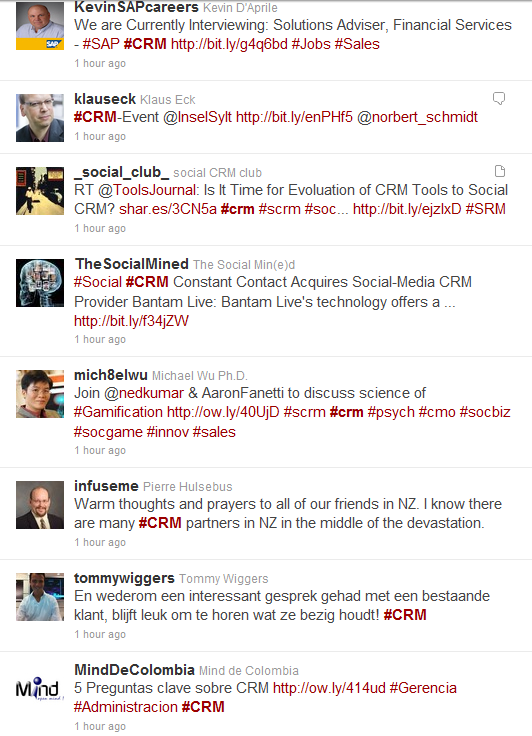 Have a Great Picture: Take a close look at your Twitter photo. Consider how it stands out in another Twitter user's timeline. When a person has 30 new Tweets and has time to only scan 4, consider the psychology of getting a pair of eyes to focus on your tweet. Your picture can always help to draw eyes in. If you're going with the default "egg", you're lost. Yes, it's cool you have a photo of you with Tower bridge in the background but in 48 px by 48 px it might just resolve as random colors. Humans are programmed to respond to human faces. Get a close crop on your face. Smile. Lose the sun glasses. A vibrant background color can also help you stand out. 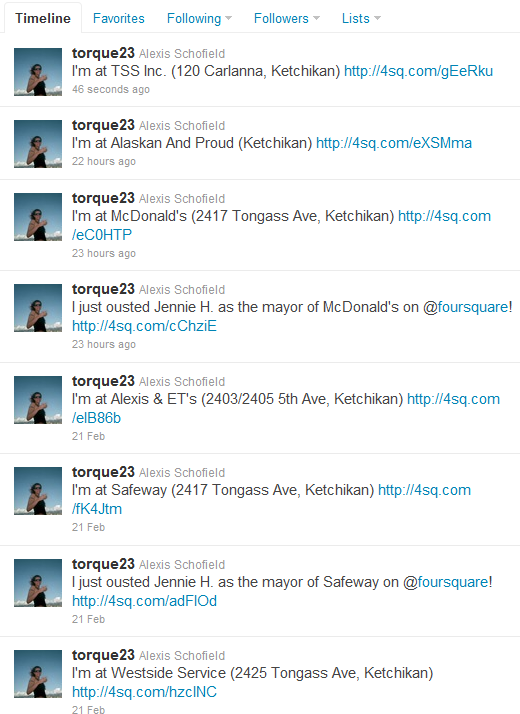 Most of your Tweets are Generated: There are a lot of applications that will post a tweet as you. The micro blogging service FourSquare, for example, will tweet your latest check-in location. Some Twitter users have timelines almost exclusively tweets generated by third party applications. No one wants to follow a robot.

Not Following People Back: Sure, celebrities with thousands of followers can't possibly follow everyone back. But most of us aren't celebs. Letting your following/followed ratio get out of balance can make people think you're, at best, arrogant. Networks work best when information flows both ways. Twitter people are going to be hesitant to add you. By the same token, adding too many too quickly and not letting people catch up and add you back can make your Twitter account seem suspicious.

Auto Responders: I cringe when I add someone and immediately get an email notification that the person I just added has sent me a private message. I know, invariably, it's some canned auto responder, inviting me to click on some kind of link. Most people, I guarantee you, are going to do the exact opposite. Remember, people want to do business with thoughtful, interesting people. Not businesses that appear to be on autopilot.