Last week the Roo Blog dealt with how to merge your business strategy with Facebook, the most social of social networking sites. I thought commenter Maggie did a great job of boiling down my advice into one succinct sentence. Let me quote:

"Become fans of things potential customers are fans of and use this as a way to communicate with them."

The strategy is what I like to call "build a circle of trust" around potential clients. It's a passive strategy, maybe not one Type A sales people are used to, but one I think works best within the context of social networks. It's a strategy where you nurture your reputation and skill and let users find you within virtual communities they trust.

This week, let's see how we can turn that "circle of trust" strategy to Twitter. Unlike Facebook, Twitter does not have any central communities people can join and view persistent wall-type posts. Twitter does have things called "channels", however. You can tag tweets with a # sign and a term to help identify the tweet's broad topic. For example:

Had a great meal at Max's of Manila #toronto #foodies

If you want to catch the buzz in Toronto, you can then setup a saved search to display any Tweets with the #toronto tag.

Your first strategy is find such channels your customers are likely to be monitoring. Just finding the channel names can be a bit of a challenge. But usually it's a descriptive word. A city name (#toronto, #nyc), a type of software or operating system (#windows, #android), etc. The site hashtags.org is good site for finding if a hashtag is in popular use and how popular it might be. Tweets are only 140 characters and you want only 1 or 2 channel tags that have maximum impact. 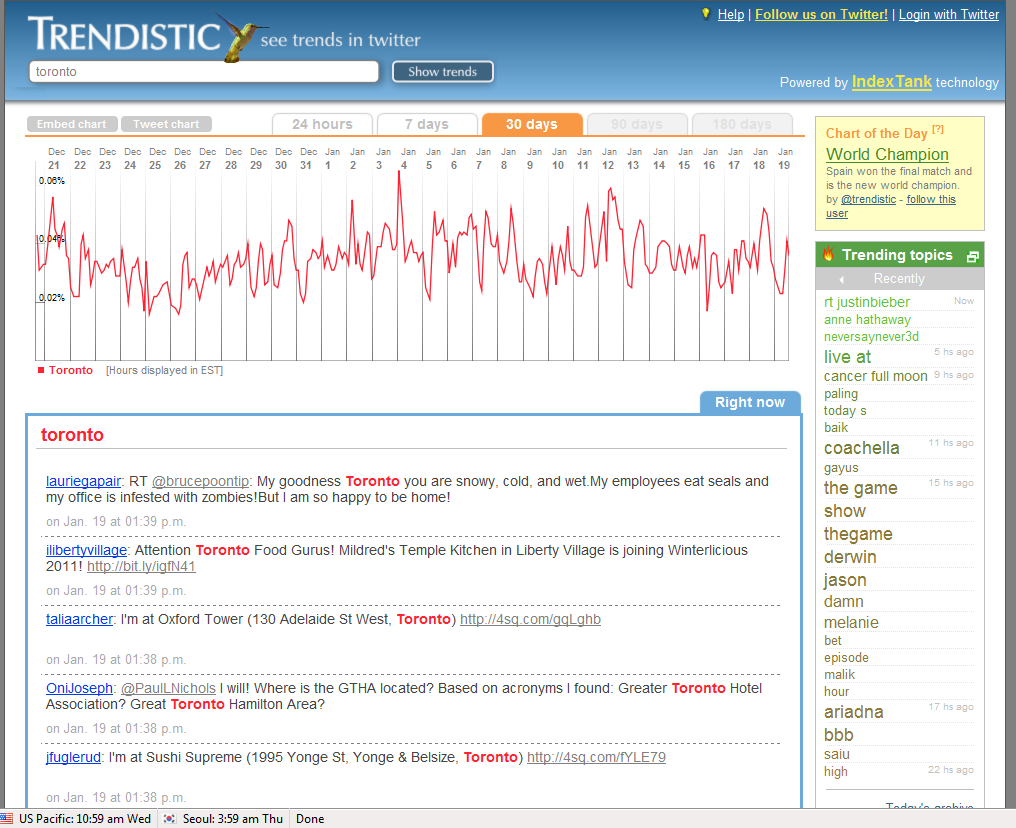 After finding some well trodden channels, follow them and see how they're generally used. Almost any facet of social networking has some emergent undocumented etiquette that's usually discernable after a few days of "lurking".

After a couple days of lurking, start tweeting to those channels. Don't blast out sales pitches. Funnel interesting content to select channels. Witticism, interesting articles, and tips all work well. If you have a blog, announce your latest blog post. That's a great way to bring people into your site, notice your support material, and then venture to your sales oriented pages.

Don't forget to complete you profile, including your company URL and an appropriate profile photo.

Finally, start following users of a various channels. The great thing about following someone is they're given an email notification they're being followed. Most people will quickly check out who is following them and determine if they want to follow you back. If you have a lot of good, useful content in your own Twitter feed, you appear to have a nice balance between following/being followed, you have a good profile photo and a clear profile section, you'll likely be followed back. First impressions count a lot. People won't devote much time to figuring out of if they should add you back. And as I just noted, keep an eye on your "following/followed" numbers. If it appears you're following thousands of people but only 3 or 4 people are following you back, it can look like you're a spam bot.

Another "circle of trust" strategy is figure out who your competitors are. Now find Twitter users having problems with your competitor and follow them. This will alert them there is an alternative. Upon investigating your profile, your engaging Twitter output will help inculcate the idea there's a better alternative.

Building a circle of trust around your competitor's customers can involve a lot of highly repetitive daily searching. Fortunately, BlueCamroo's Social Network Scout can do this automatically for you. 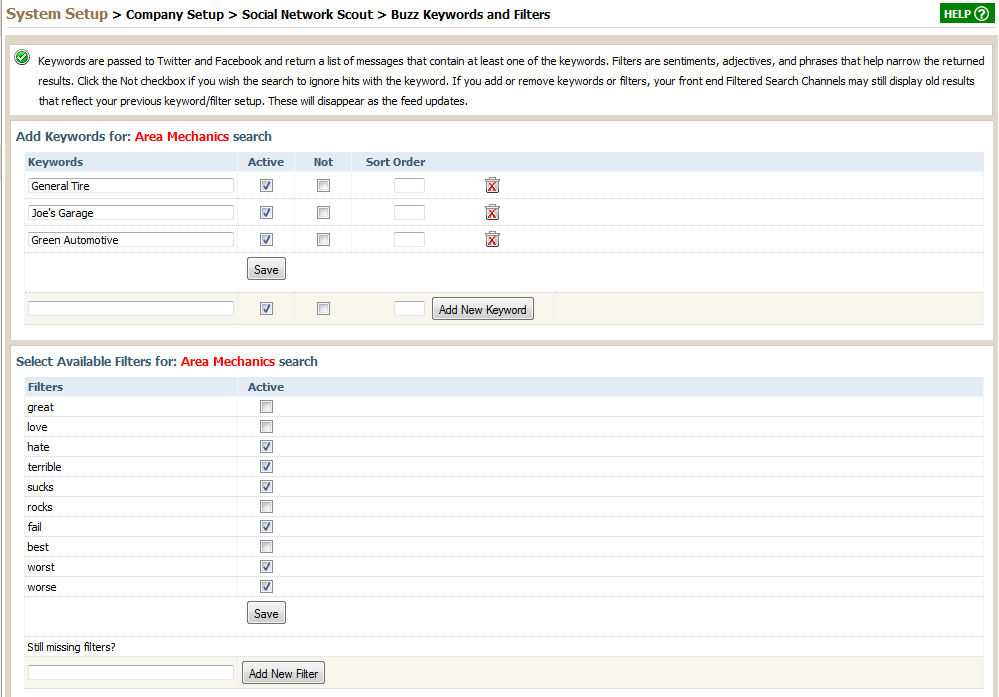 Setup, say, a Buzz search. Search for your competitor names and terms that might be associated with a disgruntled customer. In the pictured example, a mechanic is searching for people who tweet about a competitor and a term associated with a customer less than overjoyed. You can also set up a geographic location and narrow the chances of false positives.