So a customer hates your product...

...and has let the world know about it. What do you do?

Unfortunately, even Social Network Scout can't (yet) provide the kid gloves needed to handle these types of situations. What do you do?

First, take a deep breath: Then take another. Customers have no idea the huge amounts of work, passion, and self-sacrifice that goes into building a business. Think of it like you think of a movie. A movie requires huge amounts of time, money, and talent/skills most of us don't have. I couldn't make a movie even half as good as Plan 9 from Outer Space. All you or I care about when we see a movie is "is it worth $12 and two hours of my time and the gas it takes to drive to the theater?" We don't think about the careers we might ruin if our word of mouth keeps three other people from wasting money on a turkey. Unfortunately, people are going to pay your product and efforts similar consideration.

After your second breath: Remember not everyone is going to love what you do. If you found the product every human on earth loved (aside from cupcakes), you wouldn't be reading this blog. You'd be on your yacht. Or in your paid-for Soyuz space capsule seat waiting for your ride to the International Space station. Look, some people like red wine or dark beer. Some people don't. There is no argument you can make to change someone's completely subjective opinion and make them a red wine lover or enjoy hoisting a pint of Guinness.

Consider the emotional content: Is it a full caps rant? Or has the person made a compelling case? In social networking, your job here is to prevent this person from influencing others, more so than trying to save this person as a customer. Most people realize that there will always be ranters who overstate their case. If you can spot an unfair rant, the ranter's audience will as well. I remember once reading a review for a small air carrier. One reviewer was livid. They did not let her board because she had an expired passport. She decided she would fix them! She gave them a one star review full of choice and livid language. But anyone could see the error was on her part. Airlines can't break certain government rules. And it was her fault for not checking her passport before she left for an expensive trip. Her complaint carried little weight.

The ranter sometimes just wants to be acknowledged and apologized to. The ranter feels powerless. Not responding to the ranter gives the ranter ammunition to later complain "no one ever got back to me". The later complaint will be made when the ranter has calmed down and others will now view that follow-on complaint as reasonable and rational. Try to avoid officious language or being too formal. Be empathetic. To the ranter's audience, your calm, reasoned, empathetic response will always stand in positive contrast. The ranter's audience will appreciate a company or merchant who not only takes time to respond but is clearly empathetic. Consider a response along the theme of "Wow, I understand where you're coming from and how that looks. It wasn't at all our intention. I'm sending you my private phone number. Let's talk and see how we can make this better."

Notice how you've now placed the ball back in the person's court with the request for a phone call? Many people who complain don't actually expect the business to pay attention and say "hey, I heard you. What can I do to make it better?" More often than not, the person will just slink off and the matter ends there. 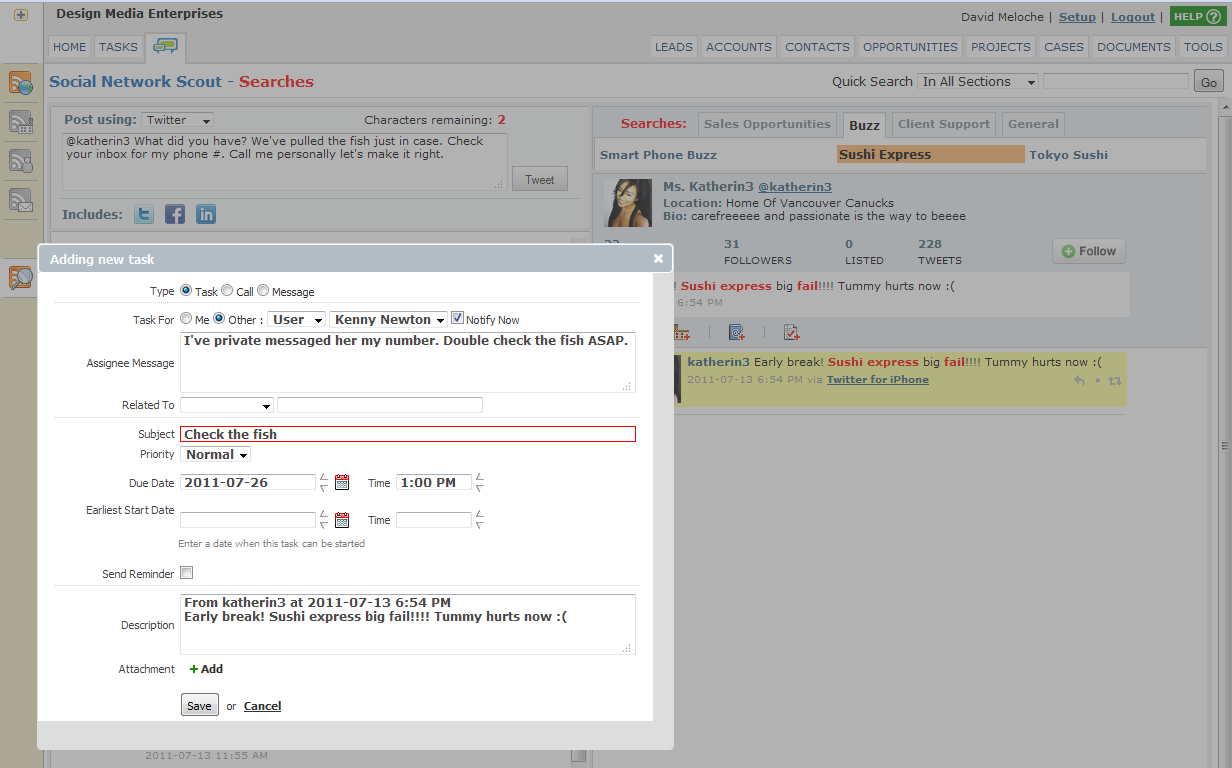 Matter of Opinion: Let's say your customer simply didn't like your product. Sure some of what he or she says stings and maybe there are a couple unfair barbs. But ultimately the person's complaint is a subjective one. Like the ranter, step up and try to make good. Offer a way for the person to contact you directly. Do not be defensive. Don't make it seem like the person expressing the opinion isn't qualified to express an opinion. Good chances they're not actually qualified. But the Internet gives one the perception we're all on the same level and every opinion is just as valid as the opinion of the seasoned expert. In a medium lacking intonation, you will seem arrogant trying to explain where the person lacks experience or knowledge.

"I sure hope we didn't drop the ball on this but if it seems that way then let me apologize. I'm sending you my direct number. Call me. I'd be happy to arrange a time for a second chance to meet your expectations."

It's important to play with the language a bit, use language that can be read by the irate customer as admitting fault but you're not explicitly admitting fault. Metaphor is your ally. You'll notice in the final sentence you're seeming like you might give the customer a freebie without making an explicit offer. Have a freebie or some kind of value-based restitution ready if the person's issue is valid. I know if I complain about a business online and they make good with restitution in the form of something free of equal or greater value, I will happily tell the world what a savvy negotiator I am and one not willing to lie down and take it. While I'm patting myself on the back, my audience sees a company making it right where so many companies duck and cover.

For example, once I got a burger at the fabled Five Guys Burgers that was missing the meat patties. If you've ever been to Five Guys, you know it can take an excruciatingly long time to get your order. It's worth the wait, don't get me wrong. But to find no meat in your burger and then have to wait more for a burger done properly is, well … it still brings tears to my eyes. 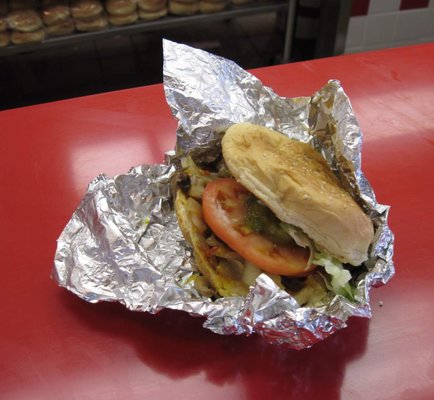 However, upon bringing my meatless burger back to the counter, I was given a voucher for two free meals. No argument. Just "wow, that's unacceptable. Here's a voucher for two free meals." You can be certain I told anyone who cared to listen about what a great deal that was. Heck, I'm even telling you. My Five Guys story is instantly transformed from a restaurant where five guys can't make one burger correctly to one where I have an amusing and happy story to tell.

Legitimate Complaint: No one is perfect. We are going to make errors. It can sting when people point out legitimate errors, especially if they're being glib about it. This is where the deep breath comes in. After the sting subsides, own the mistake. Make good. Once a friend purchased one of those group buying deals. It was 50% off bowling at a downtown bowling alley/yuppie pub. The lane rates were not cheap so 50% off seemed like a great deal. The voucher indicated the voucher could only be used before 5 pm. We planned a couple hours of early Sunday afternoon bowling. Upon arrival, the pub manager informed us the deal was in error. The voucher should have noted the deal was not good for bowling AFTER 5 pm and not good at any time on Saturday or Sunday. Err. Are there a lot of upscale yuppies who go bowling before 5 pm on a Tuesday? Aren't we at work? Nothing we could say to the manager could convince him that he should honor the deal as printed and seek restitution from the group buying company. The group buying company claimed they were not in error. The deal on the voucher was the deal signed.

The deal voucher company refunded my friend and got the emails of everyone in our party and emailed us $20 gift certificates good for our next purchase on their site.

We're all familiar with tales of medical malpractice and massive jury settlements. Everyone lawyers up. But guess what research indicates? People don't want to sue their doctors. They actually have empathy for them until they try to hide from blame. Hospitals are finding if doctors simply apologize, they can reduce the chances of a malpractice suit by half. Remember "apology" comes from the Greek apologia which means an explanation. Don't hesitate to say "sorry" and in very polite terms offer an explanation. Never, of course, imply the complainer was at fault or ill prepared.

Once I was riding the bus to work. The bus driver blew past a rider's stop, despite the rider having pulled the stop cord. The rider made the bus driver aware of her error in appropriately harsh terms. I thought "idiot bus driver". The bus driver offered the passenger an apology and noted "Look, I'm really sorry it's Friday." The idiot bus driver now seemed like a regular human being to me. Right. Who of us sometimes lets our mind wander on a summer Friday?