What not to do when you find an angry customer online

Last blog post we covered some ways to handle the inevitable: finding a customer tearing down your product or company on some social network. To sum up: take a deep breath, respond with empathetic language, and remember you're playing to the customer's audience.

This post we're going to look at what not to do.

Don't Assume Your Perception is Correct: Is it really all that bad? If we're very, very tied to our work, it's very easy to miss the customer has said eight nice things and two bad things. It's very easy to focus on the negative. Show the review to a couple other people not involved in your endeavor. What is their perception? Is it really as bad as you think it is?

Don't Astroturf: Astroturfing refers to creating a fake "grassroots" campaign. Astorturfing means making it seem like there are more people advocating for a product or political position than there really is. Some merchants hit upon the idea of creating one or more fake accounts and trying to counter the negative criticism with positive messages. Ethics aside, it seems like a great idea. However, not many can pull it off. You have to believe your other customers are pretty dumb and can't detect the deception. People can spot canned, glowing reviews. There's a hard-to-define difference in language and punctuation that, nevertheless, jumps out at you and screams FAKE!

People will also investigate your made up profiles. They'll be curious who you are. And when they find you have seemingly appeared out of nowhere and the single thing you have done in life is to compliment a business hot on the heels of a bad review, they'll quickly connect the dots and feel like they've been played for fools. And they'll let others know.

Don't call in your buddies: You might also feel compelled to get some loyal customers to pipe up. That might be a bad idea as well. People have a very good sense for organic versus non-organic or forced praise. Anyone who has tried to tell a wife or girlfriend her hair looks great after a less than spectacular visit to the salon knows what I'm talking about. Your most fervent customers all suddenly coming out of nowhere to sing your praises can look fake.

You rage, you lose: You've probably seen it before. The one guy gets raging angry at the airline gate check-in desk. He's told the flight is full. Sorry. Take a seat. It's out of their hands. The next guy comes along and is polite as can be. He's understanding. Magically a spot in first class opens up for him. In online debates, the first person to get angry loses the moral high ground. Winning, in the eyes of those huddled around, is the one who argues points with empathy.

I'm going to get an Internet lawyer: There are, no doubt, times when it is appropriate to get a lawyer and sue for libel. However in many jurisdictions, expressing an opinion is protected. As long as it's clear the person is expressing an opinion and does not claim to know something for a fact, a libel suit won't go anywhere. Threatening legal action can seem an angry act and might make you seem like a big faceless corporation out to crush dissent. 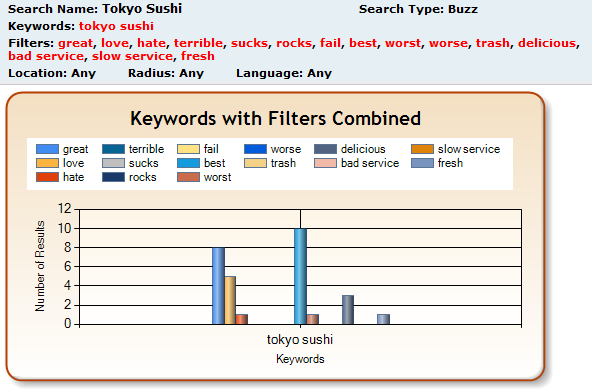 Location, Location, Location: Where is the bad review? How would someone find it? If you search for your company or product, do you find 12 positive reviews and 1 negative comment? Consider the how a potential customer will find your business and various online opinions. No doubt customers will find it via the same process. What influence will the negative review have? Many times, potential customers are already committed to buying your product. They're not actually searching for negative opinions. They're searching for opinions to support a decision they've already made. They will tend to ignore disconfirming evidence. A bad review might not do as much damage as you imagine, especially if it's only a single bad review out of many. So, what not to do? Maybe any course of action other than ignoring it is the best here.